The Harp Society is at the end of yet another year of activities that brought us closer together as friends and new friends of the harp.

We enjoyed another very successful year in terms of programs that appealed to the young as well as to the not so young. We hosted a delightful quartet of 4 harps, “the Four Seasons” who were made up entirely of Canadian talent. Duo Lipman who came to us from Australia were indeed wonderful musicians who favoured us with a very fine ensemble playing.

The Harp Society Auditions took place this year at the beginning of May. We were again generously permitted the use of the Conservatory Theatre which suited our purposes perfectly and for that we send sincere thanks to all RCM staff.

Congratulations to all who won and to all who worked so hard to present themselves at this year’s Scholarship Auditions.

Particular thanks go to the judges Julie Spring and Amy Ley who selflessly volunteered their time. The 3 judges (myself included) did their utmost to reward the talents of all those young people who competed for scholarships.

Many thanks also go to those members who worked so hard to organize these events: Janice Lindskoog who did the registration, found judges, and secured the venue for us; Jacqueline Goring who coordinated logistics and helped the students with the often difficult task of transporting and setting up the harps. A very difficult job! And a job very well done ! Parents and teachers also deserve praise for both their patience and encouragement, without which future generations might not be so fortunate or so talented!

The students this year were exemplary and the jury had a most difficult time finally deciding the winners. I would like to mention in particular the Judy Loman Award for best interpretation of the first movement of the Hindemith Sonata which was won by Emilie Lom. It was the first time this award has been presented since its inauguration in recognition of Judy’s exceptional work for the harp and her generosity towards the Toronto Chapter of American Harp Society.

As in the past we continue our tradition of presenting the winners in concert in late Fall. The winners will be asked to perform their repertoire for a maximum of up to 15 minutes. This year we will announce the concert date in October after the General Meeting. Until then I wish you all a warm, joyful and a very musical summer.

With thanks to our Vice President Liliana Dimitrievic and our Treasurer Jane Millar, 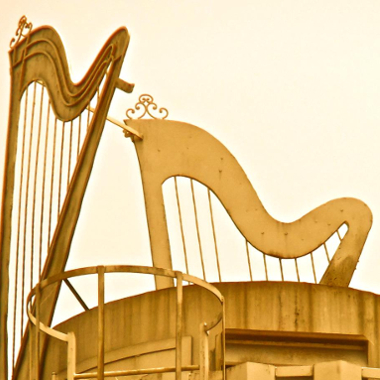